Motor Image Pilipinas, Inc., the exclusive distributor of Subaru in the Philippines, is proud to present the top 10 finalists of the 2019 Subaru Palm Challenge: Philippine Face-Off.

From more than a hundred participants who dared to endure fatigue and the unpredictable weather condition over the Subaru Festiva 2019 held last September 21 at the BGC Amphitheater, Taguig City, the competition ended with ten finalists. The finalists gave their all to keep his palm on the all-new Subaru Foresters featured in the competition but it was the veteran competitor Reggie Purugganan who outlasted the field. Puruggan fought for the top spot against newcomer Nikko Blancada who endured 8:14.41, 9 seconds shy of the local champion’s 8:14.50 record.

Only three from the 2018 Philippine team made it this year. Last year’s Country Winner, Filmark Bernante placed 6th while veteran Mark Guballa finished in 7th place. Also, long-time team captain Carlo Talahib who have been joining and representing the country in the competition for 8 years already is once again set to represent the country.

The ten Filipino finalists are now set to represent the Philippines in the final round of the Subaru Palm Challenge from November 2 to 5 in Singapore. The 18th edition of one of Asia’s largest and toughest endurance competitions will be held at Ngee Ann City Civic Plaza. Is this finally the year where a Filipino beats the current record time of 82 hours and 16 minutes to win the crown and drive home a New Subaru Forester?

Let’s all show our support to Subaru Team Philippines this coming November as they battle it out against four hundred participants from Singapore, Cambodia, China, Hong Kong, Malaysia, Taiwan, Thailand and Vietnam. 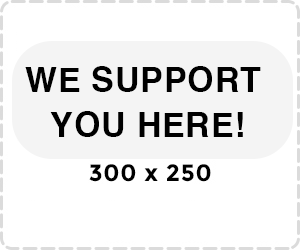 Don't have an account?
sign up
Back to
log in
Back to
log in
Choose A Format
Personality quiz
Series of questions that intends to reveal something about the personality
Trivia quiz
Series of questions with right and wrong answers that intends to check knowledge
Poll
Voting to make decisions or determine opinions
Story
Formatted Text with Embeds and Visuals
List
The Classic Internet Listicles
Countdown
The Classic Internet Countdowns
Open List
Submit your own item and vote up for the best submission
Ranked List
Upvote or downvote to decide the best list item
Meme
Upload your own images to make custom memes
Video
Youtube, Vimeo or Vine Embeds
Audio
Soundcloud or Mixcloud Embeds
Image
Photo or GIF
Gif
GIF format